It’s the dawn of a new year, a time when people often decide to embark on new journeys. Many people across Canberra will be looking to sign up to a new martial art as 2021 begins. But where to start?

Chave de Ouro is a Brazillian Jiu-Jitsu (BJJ) academy, so naturally that’s the martial art we believe in most. But there are other options too, like Taekwondo, Karate, Kung Fu and more. If you’re new to self-defence and martial arts, you could understandably be confused about how to proceed.

While we believe BJJ is the preeminent art,  different disciplines confer different benefits. If you’re in Canberra and looking to start martial arts training in 2021, here’s a guide on what makes these arts different, and which one may be best for you. 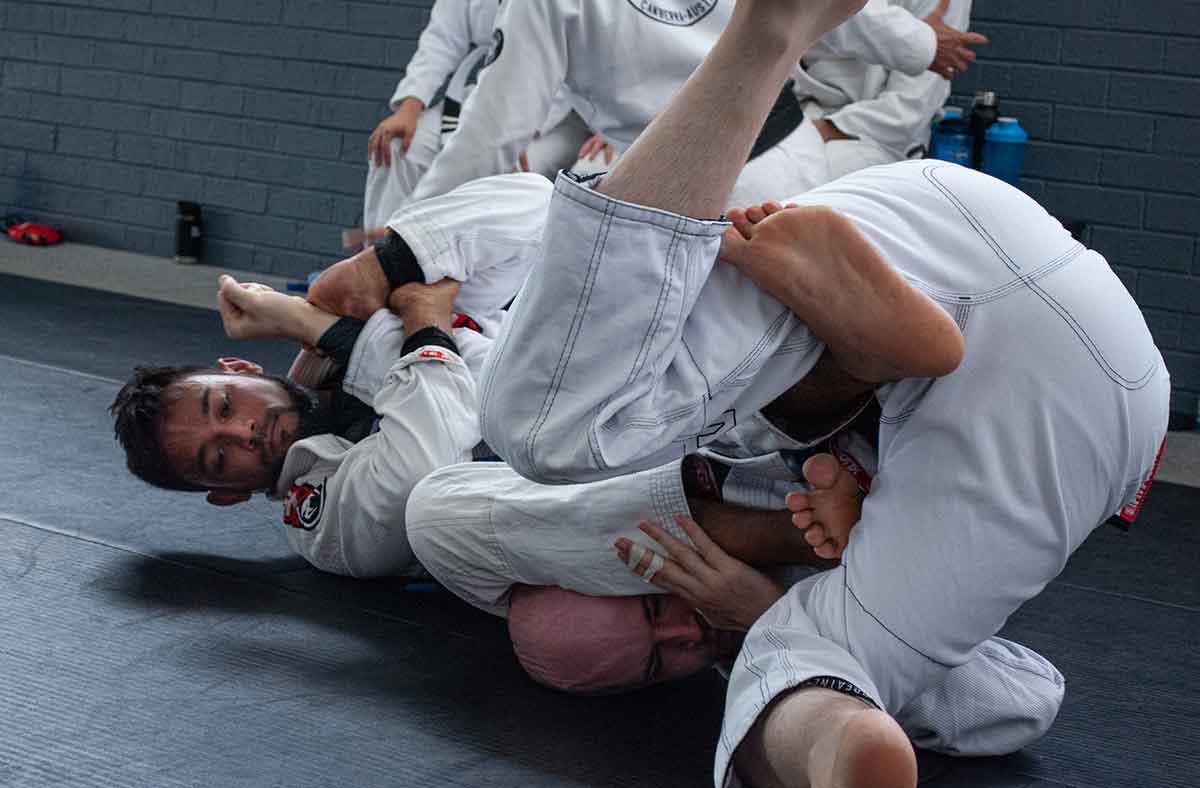 There’s a significant, fundamental difference between Brazilian Jiu-Jitsu and the martial arts referenced above. Taekwondo, Karate and Kung Fu are all based around striking. They differ in style: Taekwondo is all about kicks while Kung Fu and Karate mix kicks and punches. Meanwhile, BJJ focuses on grappling. There is no striking in BJJ.

For those not across Brazilian Jiu-Jitsu, it’s a grappling art that largely takes place on the ground. In class, you’ll learn techniques that allow you to achieve a safe, dominant position over an aggressor. Then, you’ll learn submission holds that can incapacitate a foe. These range from chokes, armbars, shoulder locks and, once you become more advanced, a variety of leg locks.

The fact that Jiu-Jitsu revolves around wrestling while Taekwondo, Karate and arts of that ilk focus on striking is not simply cosmetic. It affects how these martial arts are trained, how they’re used as self-defence.

First, take training. BJJ practice is practical. While arts like Karate have trainees breaking wooden plates to master technique, Jiu-Jitsu focuses heavily on sparring. From your first or second class, you’ll spend a big chunk of each session sparring with training partners. We call this “rolling”. Here you’ll apply the techniques you learn in class against resisting opponents.

Jiu-Jitsu practitioners are able to roll against each other with a high degree of intensity because it is a grappling art. Since most of BJJ revolves around securing superior position, you can spar at full force with minimal risk of injury. The same cannot be said of a striking art, since injury risk is unavoidable with blows to the head.

Of course, striking arts like Taekwondo, Karate and Kung-Fu also have sparring components. However, these are usually only taken up after a practitioner has many months, or even years, of experience. In all cases, actual practice against a fully-resisting opponent is not as essential a part of these arts. Karate competitions, for instance, involve two parts: One where practitioners battle each other, and another one where they perform a choreographed solo routine to show their mastery of technique.

This is not to degrade any striking martial art. That “kata” component of Karate competitions, in which you display your technique in a choreographed sequence, requires immense balance, coordination and discipline.

Again, it goes back to which martial art is best for you. Karate focuses more on those aforementioned attributes of balance and coordination, while Taekwondo requires excellent flexibility. Instead, Jiu-Jitsu is all about self-defence. 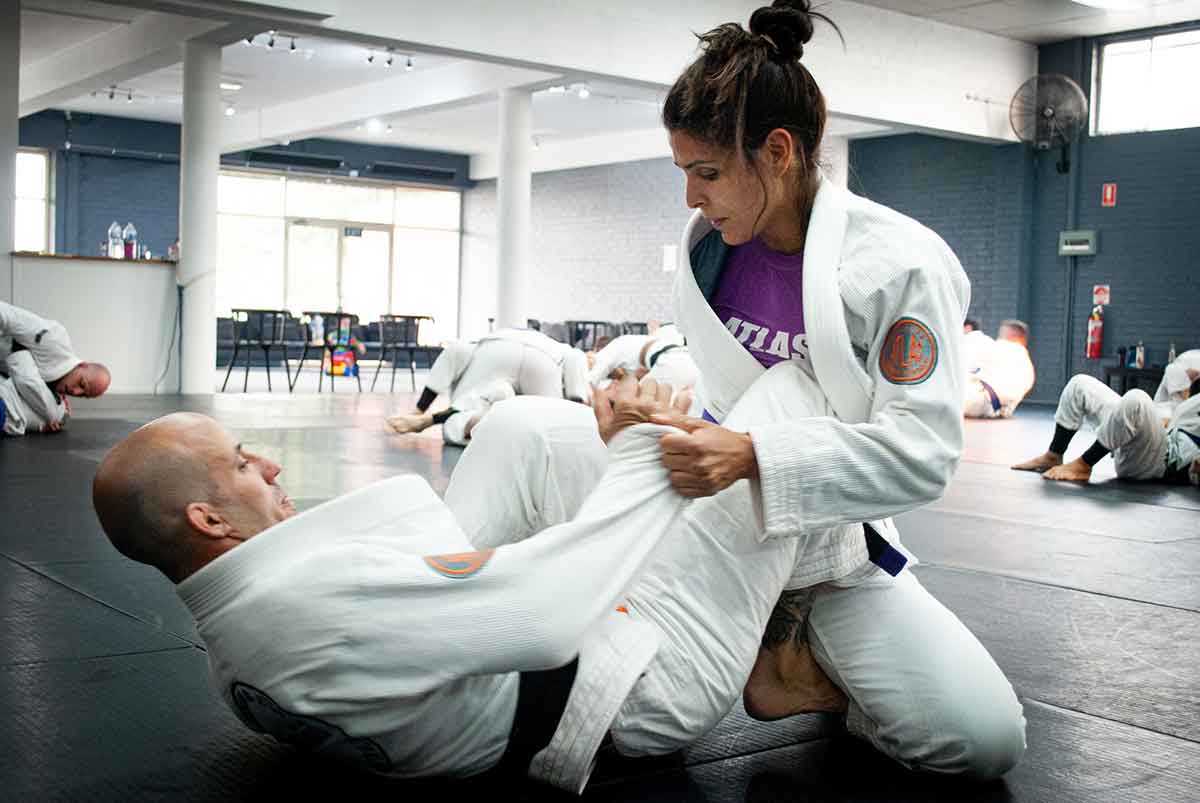 BJJ’s self-defence eminence once again goes back to the sparring element. Being able to roll with training partners isn’t just a great workout. It’s also excellent training for a self-defence situation. In “real life”, an aggressor will be resisting with all their might. This being the case, it’s of help to have trained against people who are resisting with all their might, as you’ll do in BJJ training.

Moreover, Jiu-Jitsu is geared to work for people of all sizes. Taekwondo, Karate, Kung Fu and similar disciplines do certainly confer valuable self-defence skills, but they often require a certain degree of strength, power, coordination, athleticism or flexibility. Not everyone has the body-type or flexibility to do a flying spin kick, after all.

Meanwhile, Helio Gracie, one of the co-founders of BJJ, designed the art to work against larger opponents. This is why much of it takes place on the ground. With an aggressor taken to the ground, it’s much harder for them to use any power advantage they may have. (Power is mostly generated through the legs, which are immobilized on the ground.)

Cardiovascular endurance, strength, power, flexibility and size are all advantages in BJJ. But they’re not the focus: Instead, the focus is on timing, leverage and technique. The art’s efficacy in combat was shown in the original UFC tournaments, where black belt Royce Gracie won three tournaments, defeating larger experts in Taekwondo, Karate and more on course to doing so.

If you’re in Canberra and are interested in learning BJJ, come into Chave de Ouro for a free trial class.